“…we had averted our eyes for far too long, turning away from the ugly reality facing us as a nation. Let the world see what I’ve seen.” – Mamie Till Bradley

In September 1955, shortly after fourteen-year-old Emmett Till was murdered by white supremacists in Mississippi, his grieving mother, Mamie Till Bradley, distributed to newspapers and magazines a gruesome black-and-white photograph of his mutilated corpse. The mainstream media rejected the photograph as inappropriate for publication, but Bradley was able to turn to African-American periodicals for support. Asked why she would do this, Bradley explained that by witnessing, with their own eyes, the brutality of segregation, Americans would be more likely to support the cause of civil rights.

For All the World to See: Visual Culture and the Struggle for Civil Rights is a nationally touring exhibition from NEH on the Road. The exhibition is hosted by Ella Sharp Museum and Jackson School of the Arts and opens to the public on November 10 at Ella Sharp Museum.

Through a compelling assortment of photographs, television clips, art posters, and historic artifacts, the exhibition traces how images and media disseminated to the American public transformed the modern civil rights movement and jolted Americans, both black and white, out of a state of denial or complacency.

Visitors to the immersive display will explore dozens of compelling and persuasive visual images, including photographs from influential magazines, such as LIFE, JET, and EBONY; CBS news footage; and TV clips from The Ed Sullivan Show. Also included are civil rights-era objects that exemplify the range of negative and positive imagery—from Aunt Jemima syrup dispensers and 1930s produce advertisements to Jackie Robinson baseball ephemera and 1960s children’s toys with African American portraiture.

For All the World to See is not a history of the civil rights movement, but rather an exploration of the vast number of potent images that influenced how Americans perceived race and the struggle for equality.

“This exhibition brings an opportunity to bridge visuals and history with contemporary themes,” says Julie Johnson, Executive Director of Ella Sharp Museum. “It also allows us to provide visitors with a space to have relevant, meaningful conversations surrounding these themes.”

Exhibit: For All the World to See: Visual Culture and the Struggle for Civil Rights

The For All the World to See exhibition and exhibit programming is made possible by community support from Henry Ford Allegiance Health and Jackson Community Foundation. 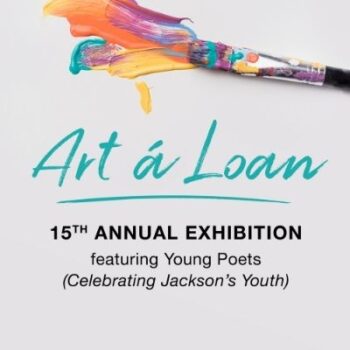 Bringing the Village to Life: The YPOP Story Exhibit in Partnership with Diane Washington 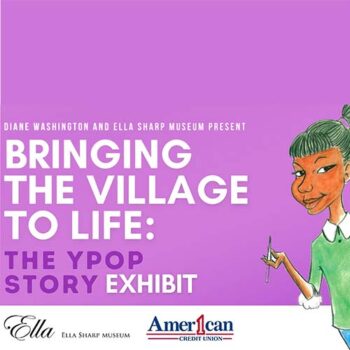