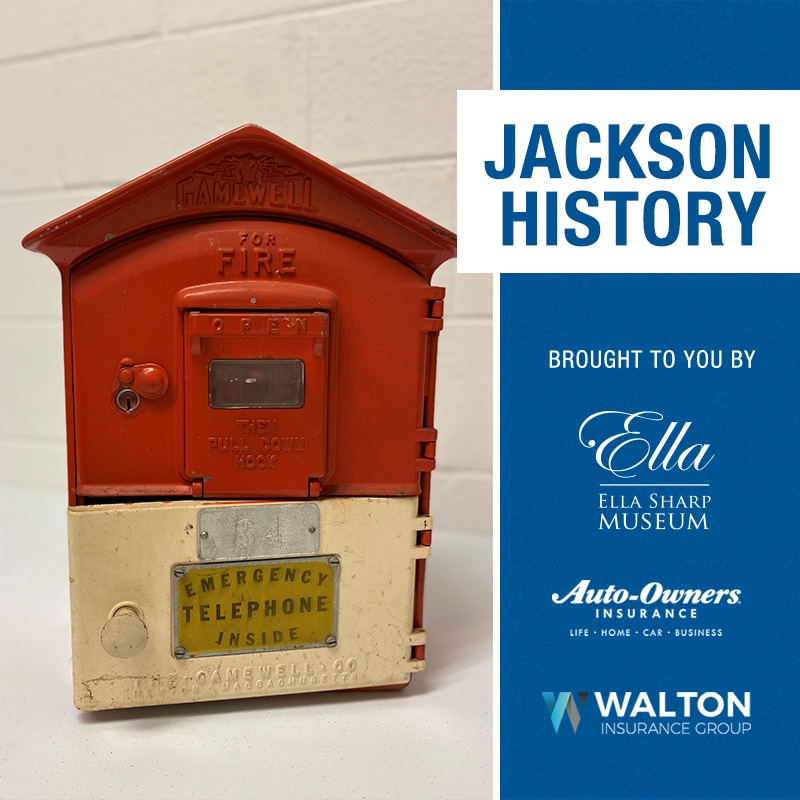 Before telephones became readily available, and certainly long before the advent of cell phones, the fire call box was the main method for calling firefighters for assistance. These boxes dotted street corners around Jackson, as well as most other cities around the U.S. While most are gone, replaced now by cell phones, some cities have retained them as a backup in case of emergency. This piece was donated by the Jackson Fire Department in 2019, and we maintain a collection of some of their materials.

Firefighters as we know them today are a strictly modern phenomenon. In the US, firefighting began as localized grassroots organizations with communities coming together voluntarily to form an assembly line of water buckets.

In France, firefighters became a free government service by the mid-18th century. In contrast, firefighters in the UK were employed by insurance companies and would only put out fires at insured homes.

Community involvement was of the utmost importance, as fires were an immense threat to homeowners. As cities became denser in the 19th century, the need for regular firefighters became apparent. A residential fire could, and often would, set a city ablaze. The volunteer firefighters of 19th century were a city’s first line of defense and were trained to use new technologies in horse drawn fire engines.

This weeks Jackson History is brought to you by Walton Insurance Group and Auto-Owners Insurance. 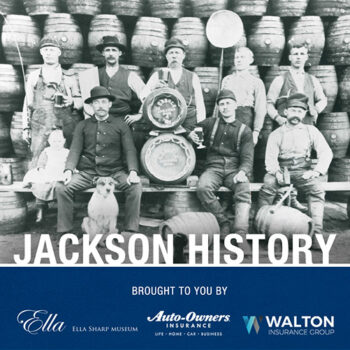