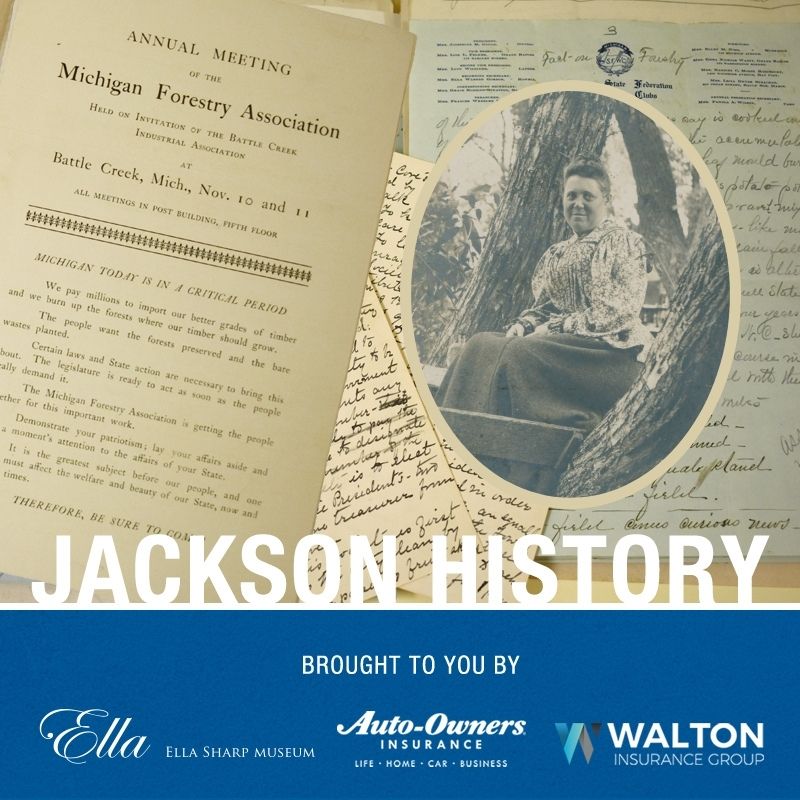 She was a woman well ahead of her time advocating for Michigan forests in the late 19th and early 20th century.

Ella Merriman Sharp was the first woman to speak at the Michigan Forestry Association annual meeting in 1909. Her involvement in Forestry and Civic Improvement went hand in hand. Ella was also one of Michigan’s foremost leaders in reforestation taking up the role at the National Biennial Conference of Women’s Clubs in Boston.

She was responsible for widespread reforestation and city beautification in early 20th century Jackson.

Women’s clubs of the late 19th and early 20th century were a very important consolidation of women’s power at a time where they were denied the vote and equal protections under the law. They were tools for the widespread mobilization of women’s voices and were more effective than the press gave them credit for. Ella’s leadership within these organizations, as well as outside them, was a testament to her energy and ability.

From the permanent collection of Ella Sharp Museum: committee notes & correspondence and publications from the Michigan Forestry Association.

This week’s Jackson History is brought to your by Auto-Owners Insurance and Walton Insurance Group. 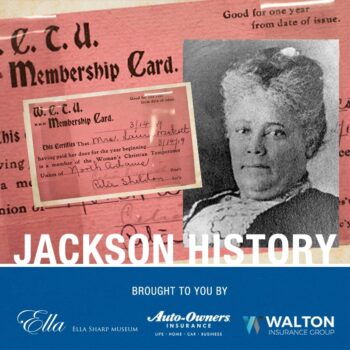 Message From the Board of Trustees